Roger passed the gravy to cousin Arnold, merrily tittering at Arnold’s terrible joke. His eyes nervously ran up and down the table lined with his wife’s relatives. It took a long time for them to accept him into the fold, too long some would say, hence the nerves. But what else did he expect? When he met Ashley, he was a penniless punk rocker from the wrong side of the tracks, coming to take the preacher’s precious honor student daughter away from her good-girl life down the road of sin straight to hell. Well, take her down the road to being broke and miserable anyway.

But now here he was, ten years later, an award-winning composer, passing gravy and yams and crescent rolls, laughing at bad cousin jokes and getting smiles reciprocated from even papa preacher himself. Under the table, his hand rubbed his wife’s belly, which was bulging with their first child. He almost felt like he could finally relax.

Almost, he thought, as Grandma Myrtle’s black hate-filled eyes caught his. Grandma Myrtle, the final holdover on Team Roger Can Go Fuck Himself. Roger’s eyes darted away, but he could still feel the daggers of loathing beaming from that sweet old woman. He tried to enjoy the rest of the Christmas feast.

At the end of the night, as Ashley was struggling to button her coat over her bump, Grandma Myrtle darted snake-like out of the shadows and shoved this card into Roger’s hand. He opened it when he got into the car.

“Aw, babe!” Ashley cried, tears spilling down her cheeks, “Now that you’re a real motherfucker, she likes you! She finally likes you!”

Share with your friends!
VIEW IN THE SHOP
Next Story
THE LAB 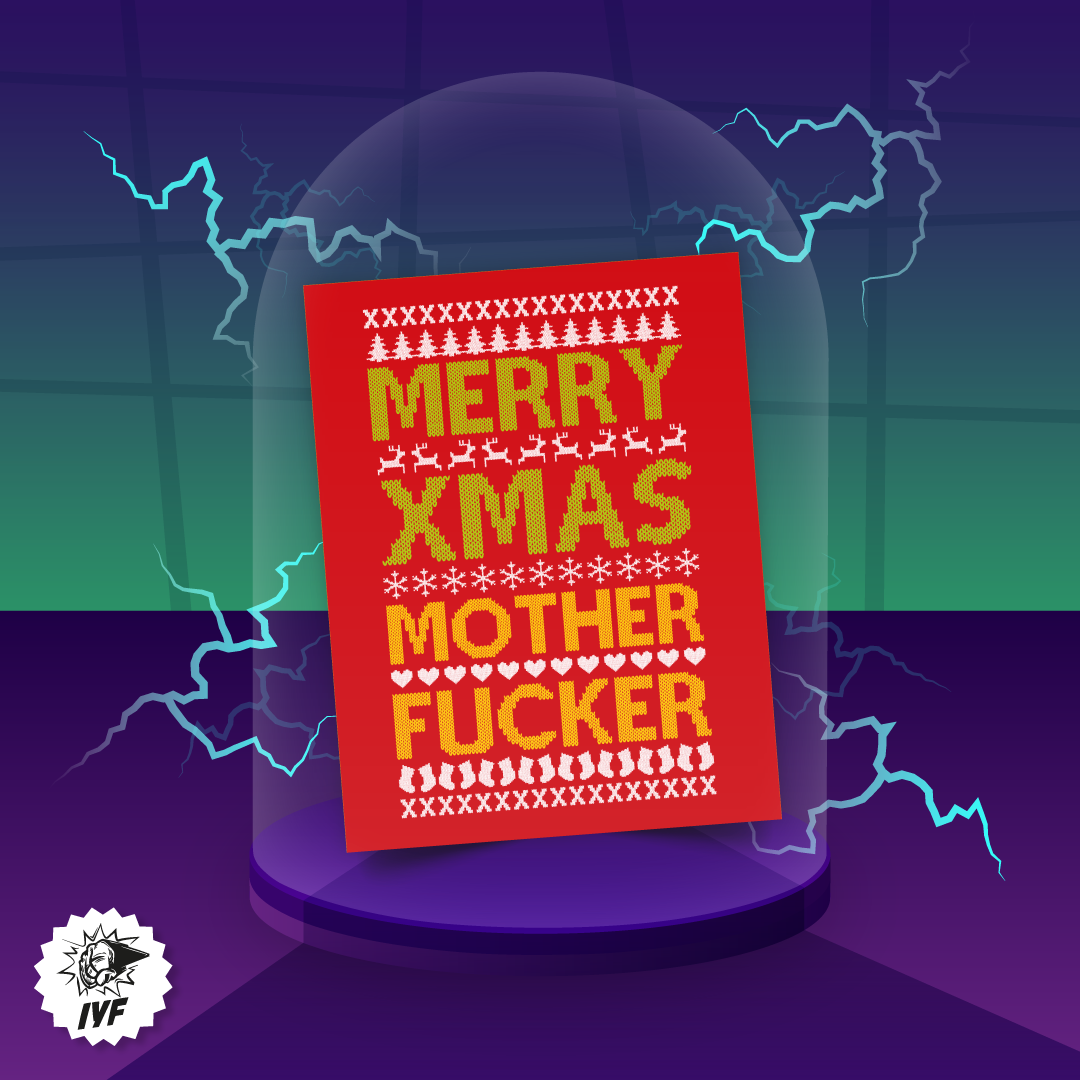 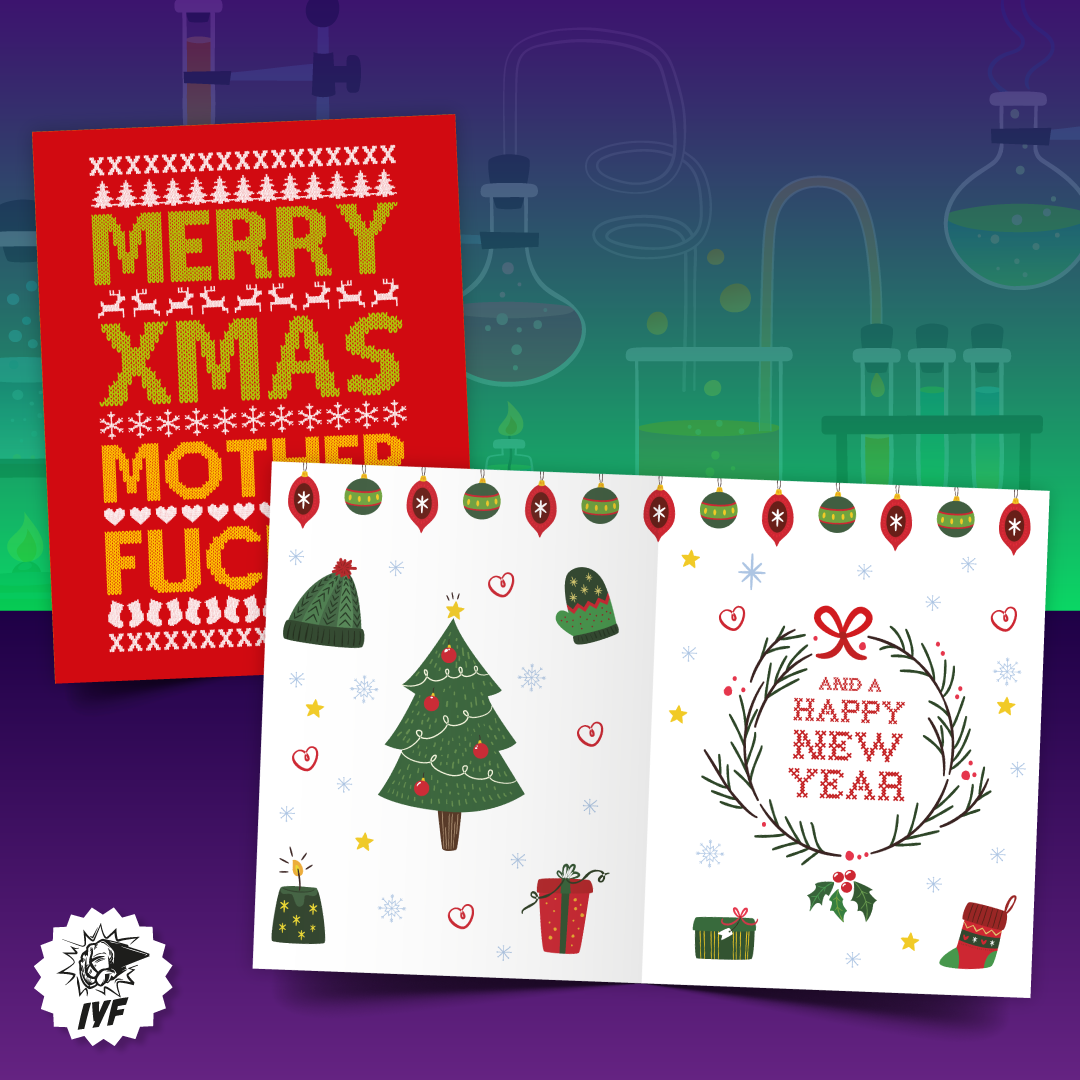 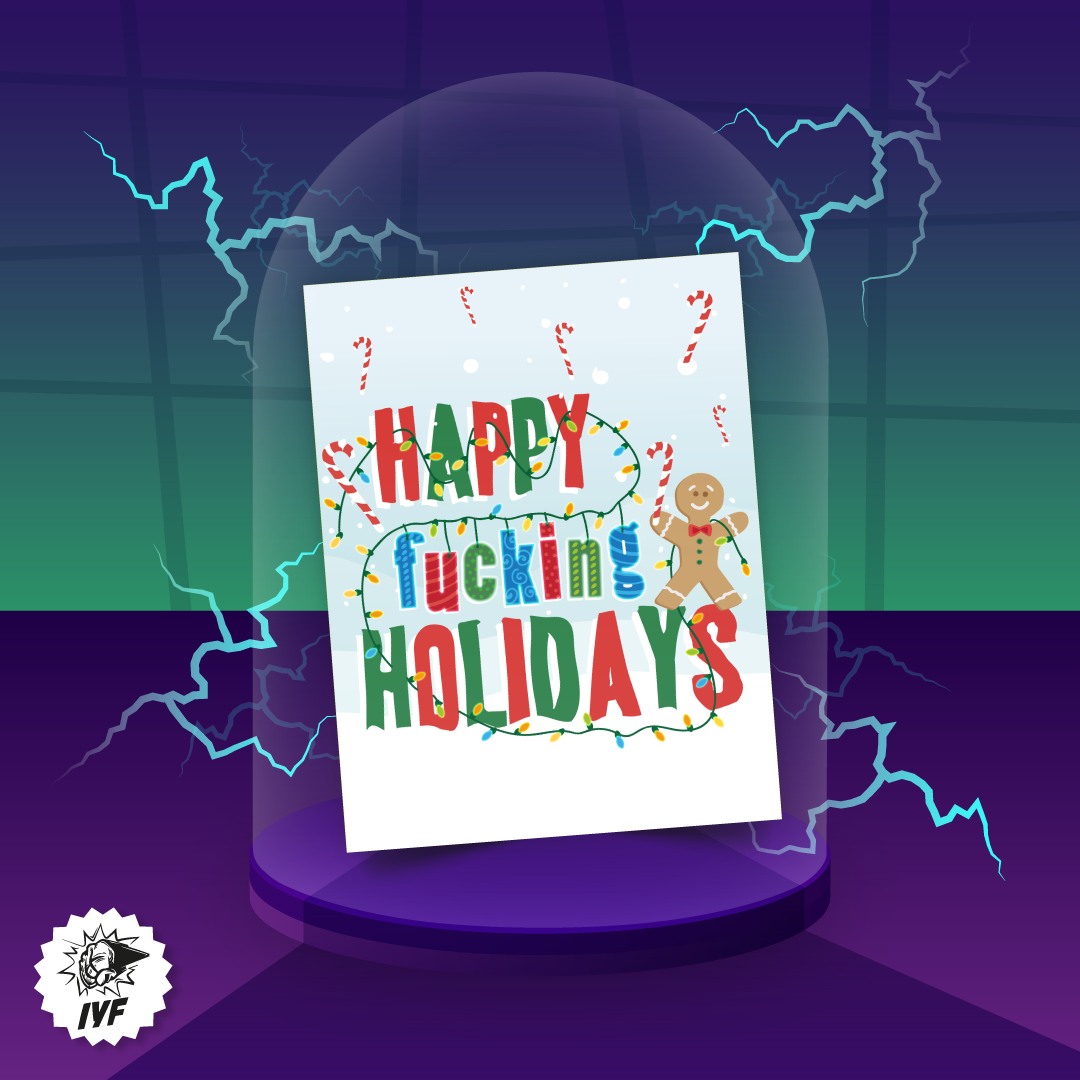