I Really F’ed Up

Deep below the surface of the earth on the French-Swiss border, Dr. Hellström looked on in disgust as his stupid assistant Yannick stood next to the Large Hadron Collider and made mouth love to a thick oily bratwurst that he kept dipping into an open jar of mayonnaise. Yannick chewed like a Swede, tearing off bites too big for his dumb ugly mouth then masticating openly. Dr. Hellström grimaced and turned his attention back to the experiment happening in the accelerator ring. A beeping sound let him know it was time to release the proton beams to attempt collision at the highest combined TeV energy level yet known to mankind.

Just as Dr. Hellström pressed the button to release the beams, the greasy sausage shot out of Yannick’s mayo-slicked hands and jammed itself deep into the machine. A siren went off as Dr. Hellström shrieked in horror, but it was too late. The ground beneath them began to rumble as thousands of microscopic black holes yawned open around them, ripping the very fabric of reality to iridescent spiraling shreds of chaos and propelling our dimension through a chasm of cackling insanity.

When our world emerged on the other side, Yannick reached a newly formed purple tentacle into his lederhosen to present Dr. Hellström with this card – “Wow, I Really Fucked Up, I’m Really Fucking Sorry.” He drew the little frowny face with the blue ink oozing from the tentacle’s end, not yet realizing that the tentacle was his gonads now. Dr. Hellström swam through the liquid air and smiled with his second and third mouths, soothed by the awesome powers of the card. “It’s okay, chap. I hope you enjoyed that sausage.”

Share with your friends!
VIEW IN THE SHOP
THE LAB

I Really F’ed Up 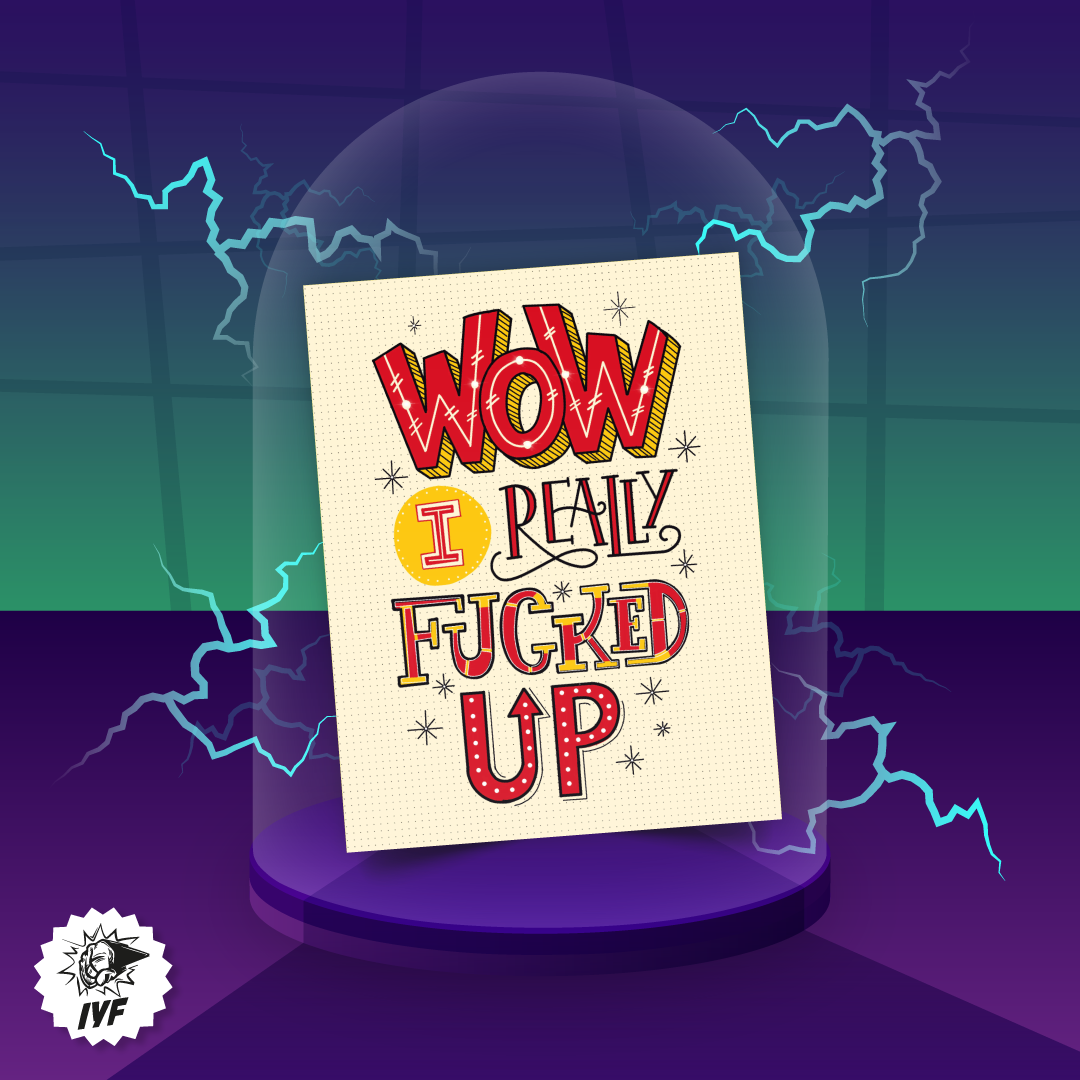 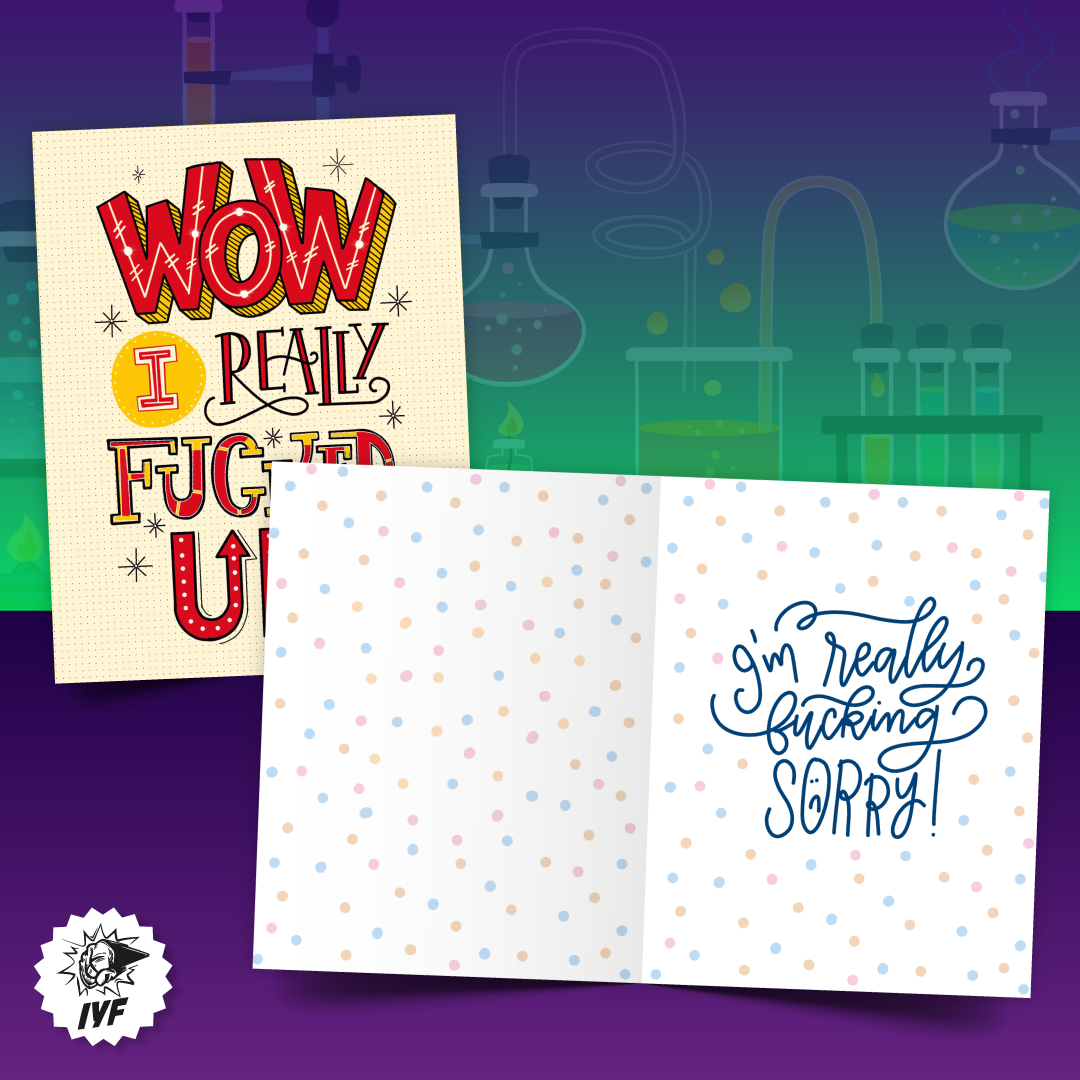